Eighth International Festival of Arts Dedicated to the Victory Day 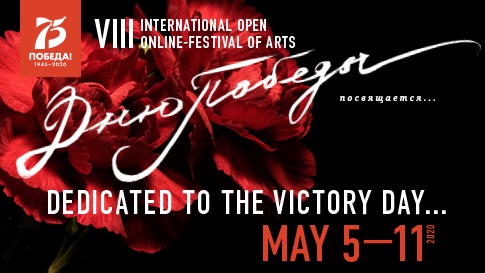 During the week of 5–11 May 2020, Tchaikovsky Moscow State Conservatory, supported by its TV Service and the Foundation for Development of Creative Initiatives, has provided the broadcasts of a series of archival video recordings on its official website as the Eighth International Festival of Arts Dedicated to the Victory Day, which is part of the larger festival Moscow Conservatory Online. Director of the festival: Vitaly Katkov, Vice-Rector of Tchaikovsky Moscow State Conservatory’s Concert Activities and Honored Art Worker of Russia.

A special part of the festival is an online students’ project called Memory of Musical Hearts. 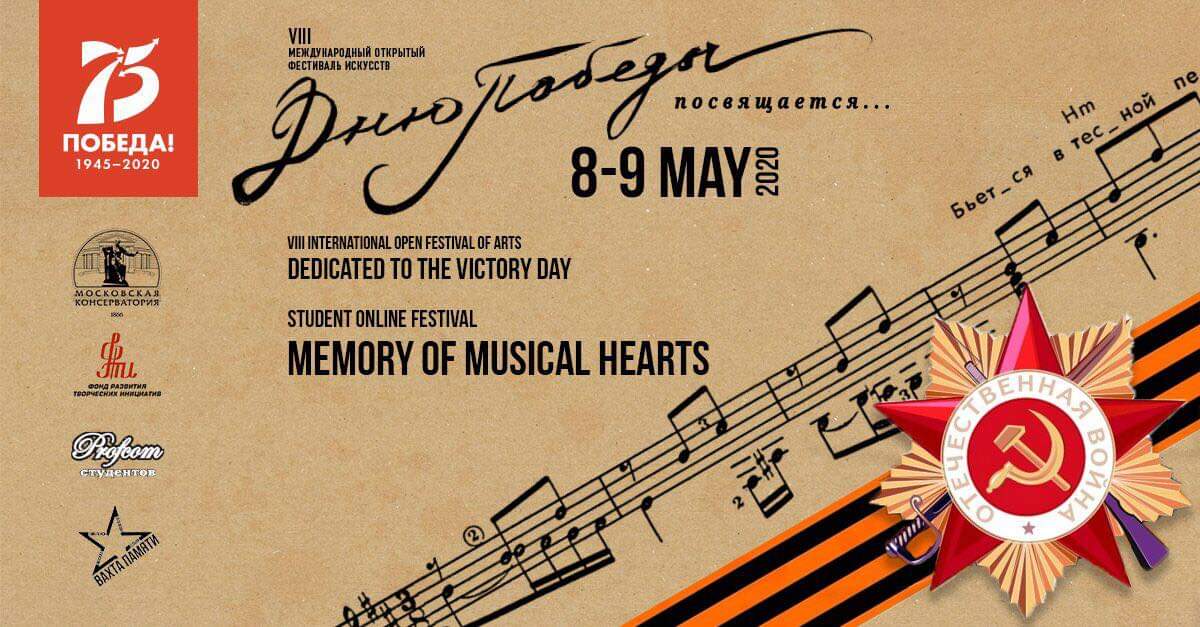 Our students and teachers will speak on the conservatory’s war-time history and the deeds of its battle-front veterans. Unique photographs and other materials from both the conservatory’s archives and Svyatoslav Golubenko’s book Moscow Conservatory during the Great Patriotic War will be used. The video recordings will be assembled into a short film The Conservatory’s Immortal Regiment, which is to be broadcasted on the Moscow Conservatory’s both official website and social networks on 9 May 2020. In addition, a concert The Conservatory’s Young Stars will be broadcasted from the Great Hall: the students will perform pieces composed by the conservatory teachers during the war time, as well as new pieces by young composers dedicated to the 75 th anniversary of the Victory Day. Director of the Project: Assc. Prof. Yaroslava Kabalevskaya.

The International Festival of Arts Dedicated to the Victory Day has been held annually by Tchaikovsky Moscow State Conservatory from the year 2013, and over two thousand musicians have already performed at its concerts since then. Both the originality of its concept and the power of its patriotic message have been appraised with an award of Russia’s Ministry of Defense in the area of culture and arts. The festival is supported by the Departments for Culture of both Russia’s Ministry of Defense and the Government of Moscow, as well as by the Foundation for Development of Creative Initiatives. Artistic Director of the Festival: Prof. Alexander Solovyev.

Media partners of the festival:

Detailed description of the broadcasted concerts can be seen here.